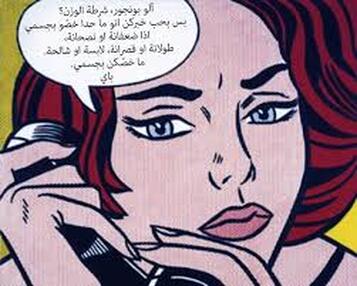 There are many ways to define Alternative comics, one of the most widespread definitions is that they are underground comics that are not published by large professional publishers.Not every artist or author can be published for many different reasons. Some might have to do with politics and others might have to do with the fact that there is just not enough time to publish so many different artists work. Furthermore, there is a monopoly on the comic book publishing industry so it can be challenging to get certain comics into print. This makes it very challenging for newer artists and authors to get their work published. An Alternative comic in a sense is one that is written by an amueter artist. This gives these comic strips a very personal feel. Likewise, many of these alternative comics have political undertones which aren’t supported by the mainstream publishers. Often times the authors of these comics have a very large following on social media. Also, there are many online platforms that they utilize as well. For example, Samadal has a web page that publishes on a regular basis their comics. This makes sense because social media is a very easy way to get out content for authors that doesn't involve any publishing company. Overall, alternative comics are underground comics with a political or personal feel to them, they may also be done by amateurs who need a platform in which to start their career from.

A Brief History of Alternative Comics 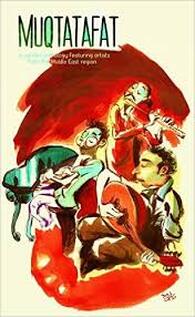 To get a good understanding of the Alternative comic scene, it is important to first get an overview of what the comic scene in the Middle East has evolved into. In the 1950’s comics in the Middle East began to grow in popularity, they were primarily printed in newspapers and magazines. Then they started to become popular for the younger generations,  so much so that comics started making an appearance in children's magazines. This of course spiraled into cartoons for children and many more varieties of comics. Into the 1970’s comics became even more mainstreamed. They even started appearing as teaching tools for children. In 2011 when the uprisings in the Middle East were forefront on many people's minds artists began creating comics that held significant political meaning. However, they didn’t have an outlet in which to share their art. This led to small independent publishers finding these artists and publishing their work. Unfortunately, this isn’t always the best way to become a well known artist. To combat this, these artists have turned to the internet. Thus the creation of what is known as the modern day alternative comic.

Since the rise of technology information and ideas are easily spread. Anyone in the world can connect with the rest of the world. This is a very useful thing to an aspiring artist who wants their work to gain popularity but doesn’t have the connection with a publisher. Having a strong social media following is a very easy way to gain popularity on artwork. The contributors of the magazine Tok Tok for example all have Facebook pages in which they send out updates about upcoming works and other small perks. Samandal another Arabic comic magazine is mainly an online site. They have a Facebook with many fans as well as a web page where you can read some of their magazine covers. It is clear that having access to technology has increased the access of everyday adults who want to read alternative comics. By definition alternative comics don’t necessarily follow the values the government holds. Nowadays so many people have access to the internet so it is an easy way for content to be spread without the government being able to interfere as effectively. All in all, the use of the internet by amateur artists and authors of comics has become much more prevalent. It is a fast and easy way to get media attention to work that an artist wants to be known. ​

Some Examples of Alternative Comics 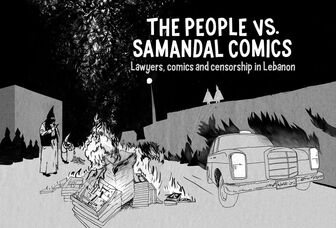 Samandal is a magazine that is dedicated to publishing small alternative arabic artists. They are a non-profit organization that is run by volunteers. Their goal is to discuss the social and political environment of Lebanon through the art form of comics. There is a collective of different artists who are featured in the magazine. They each produce different illustrations and narratives about the world that they each face. It is a magazine where the artists can use their art as a way of expression for how they feel about their community. All of the contributors feel a large sense of pride that they are involved with this magazine. They are doing serious critical analysis on the cultural world around them.  Due to their controversial nature the magazine has faced some serious censorship. 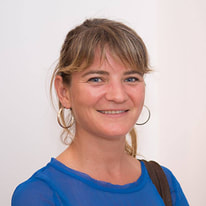 Lena Merhej’s 2012 Machine / ماكينة, enigmatically subtitled “a story about drama,” is a wordless exploration of war, refugee life, protest, and violence seen through and by women’s bodies. Merhej is one of the founders of Samandal magazine, and her evocative art was one of the reasons the magazine was convicted of crimes against religion. You can find more of her work at Grand Papier and new work at Solidarités International, where Merhej and others are working on testimonies from Syrians in Akkar: in Arabic, French, and English.
Machine / ماكينة  is a graphic novel about a matriarch and her struggles raising a child in an unspecified Arabian country. In the beginning she gives birth to a daughter and both of them become refugees in a country that is dealing with a possible war (pages 4 and 5). Both the mother and the daughter work in a factory and it can be seen that there may be a worker's strike on page  11. This novel depicts protests and mass migration in an interesting display of using only the colors black, red, and white.
What makes this graphic novel "alternative" is its styling and accessibility. Machine / ماكينة   is published online and is available in three different languages, that being said, this specific work does not contain any text besides the title. Giving no words or textual descriptions of the scenes displayed allows each reader to make their own assumptions and interpretations.

A Hybrid Comic is a fairly new term for works that resembles a traditional comic book, in terms of illustrations and a bit of text while also implementing  a traditional book format. Being that it's new, there is a little more weight behind the term Alternate-Comic, but not much for "Hybrid Comic." Rather more, it's a term that Professor Eldridge and a couple others coined in order be able to designate longer narratives that combine both prose and comics.

What's the difference between a Comic Book and a Graphic Novel?

The Apartment in Bab El-Louk 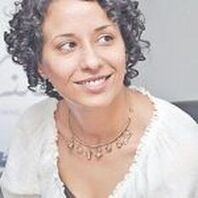 Donia Maher is a well known Egyptian actress, writer, and artist. On screen she's particularly known for playing Soad in Hala Lofty's Al-Khoroug Lel-Nahar and on paper she's known for her hybrid comic "The Apartment in Bab El-Louk."
The Apartment in Bab El-Louk is a quite a " graphic novela" that is written in the style of a noir poem.
Noir Poem: Crime fiction featuring hard-boiled cynical characters and bleak sleazy setting.
Quite an accurate description, as the short hybrid comic completely takes place from within the dirty, roach infested apartment and follows a paranoid yet cynical narrator who is constantly looking over his shoulder. The narrator watches and critizes people from his apartment and hardly ever leaves. So much that it takes quite a while for people to find his corpse. . .
​ 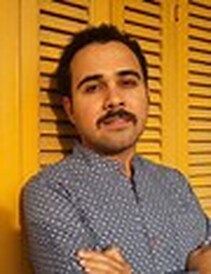 Ahmed Naji is an Egyptian novelist and journalist born in Mansoura in 1985. He’s an active contemporary writer who has published 3 books, one of which is Using Life, runs numerous blogs and has also written various articles.
In 2016 Naji was sentenced to a maximum of 2 years in prision after an Egyptian citizen complained that Using Life had “caused him to experience heart palpitations and a drop in blood pressure due to certain sexual content in the story.” (Pen America)
Works Cited