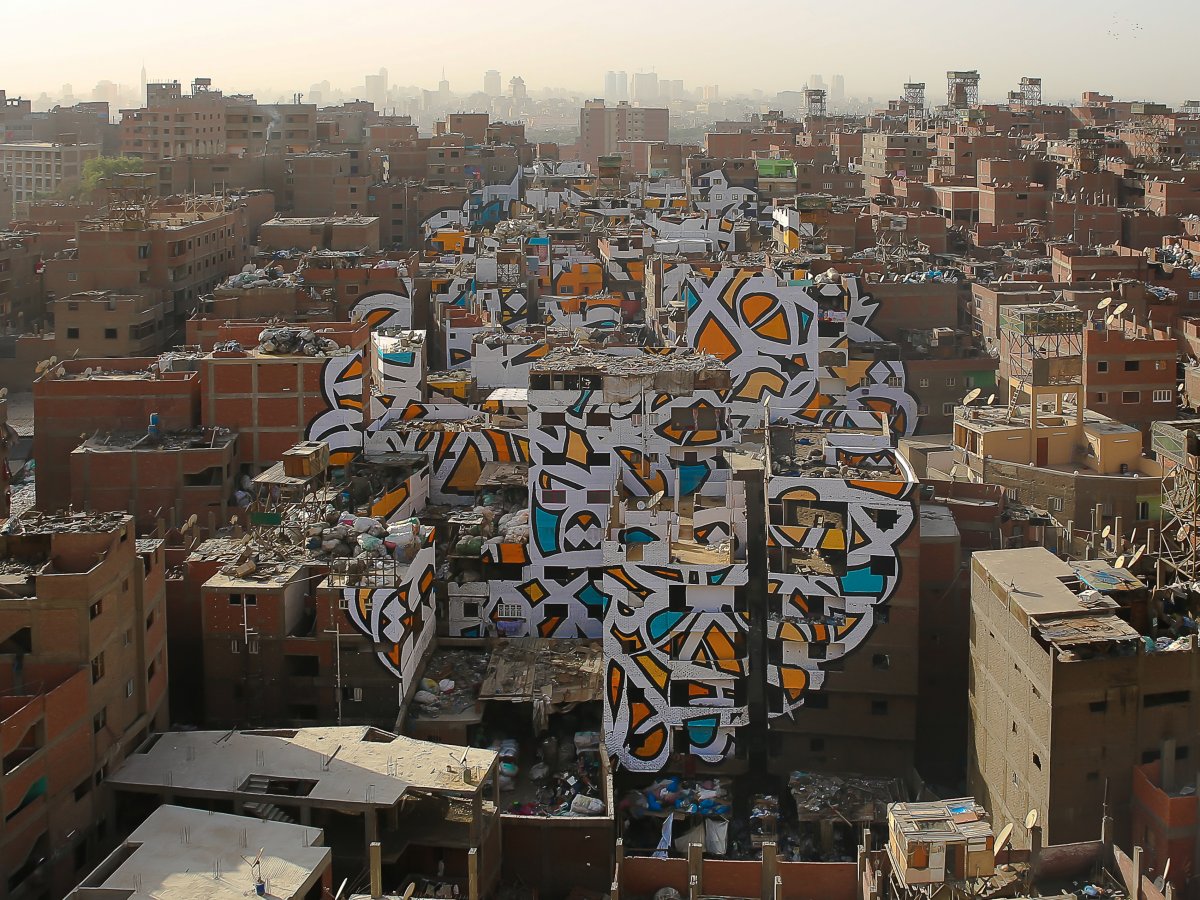 Arabic Literature and Arabic Comics
Hello, and welcome to the updated version of the Academic Centers and Initiatives page on the Arab Comix Website! The research conducted to update this page was similar to what the predecessor did in its conception. The first step was to look up university programs for Middle Eastern Studies and their initiatives to progress art in the Middle East. There are programs all over the U.S., from Texas to Syracuse to Berkeley. It also helped to out their presses to see if they were publishing anything related to the world of Arabic literature, and they all were. The Syracuse University Press in particular has several ongoing series focused on the Middle East and its culture and literature. From the University of Texas Press, there was a book about the American University of Beirut. The final step in research was to look into sources for teaching comics in schools.
​Muslim Superheroes
It was unclear as to whether there would actualy be any books about Arab comics in the university presses that were searched through, but there is at least one in existence. This book from the Harvard University Press is called "Muslim Superheroes: Comics, Islam, and Representation" edited by A. David Lewis and Martin Lund. It is compiled of nine essays that track the history of, well, Muslim superheroes, starting with their absence and moving on to tokenism and the​ more nuanced representations coming out as of late. This in-depth study also goes into American geopolitics, Islamophobia, and the different ideas of what it means to be Muslim being represented in different characters.
Source: Google Images
​Centers for Middle Eastern Studies
There are quite a few existing university centers for Middle Eastern studies in the U.S, including, but not limited to: Harvard University, UC Berkeley, Columbia University, Brown University, Tufts University, the University of Texas at Austin, and the American University at Beirut. Most of these programs have similar requirements: one or two years of a language such as Turkish and Persian, courses on Islamic studies, culture studies, etc. There's not always much in the way of literature classes. Brown offers a literature class called "The Arabic Novel," Tufts offers "Arab Reading," the American University of Beirut has "Introduction to Syriac Literature," Harvard has "Comparative Literatures of the Indian Ocean," and Columbia has "Arabs In Literature & Film." Other than these examples, the programs mostly consist of history, language, and political science courses.
Teaching Comics at the K-12 Level
When people think of reading for school, they don't typically think of comic books. It's only been within the last two decades or so that they've been popping up in school curriculums. Recent studies show that the comic medium provides support for those who struggle with reading as well as those who excel in reading. As a result of these changing times, there are resources available for any teacher who wants to take this step. The Association of American Cartoonists has a page called Cartoons for the Classrooms that offers a variety of lessons to be taught in comic book form, such as "Did we betray our Kurdish allies?" The Center for Cartoon Studies has a similar page for teaching actual comics. Their page includes study guides, lesson plans, syllabi, and books.
​Teaching Comics at the University Level
Teaching comics and graphic novels isn't limited to K-12 schools, either; colleges are adding them into their curriculum as well. Such institutions include Texas Tech, the University of Utah, Penn State, the University of Florida, CSU Long Beach, and others. The comics cover a variety of topics, from superheroes to biology to politics to business. Each professor/program that chose graphic novels for their courses chose them in part to help bridge the disconnect between students and the books they read for school and in part to make things easier for struggling readers.
Lina Ghaibeh and George Khoury a.k.a JAD
One of the most prominent voices in Arab comics is Lina Ghaibeh. Not only is she an illustrator and comic artists, she is also a professor at the American University of Beirut teaching comics, animation, and interactive media design, and the director of the Arab Comics Initiative (see below). Her husband, George Khoury, a.k.a. JAD, is also a cartoonist. For more on them, go to this link:https://arabcomixproject.weebly.com/lina-ghabeih-an-education-in-fear.html. 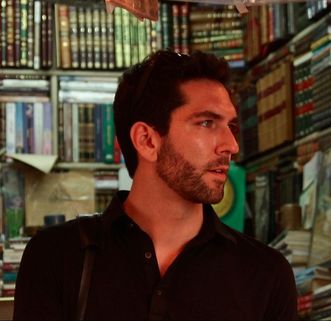 Image taken from jonathanguyer.com (https://www.jonathanguyer.com/)
Jonathan Guyer
Jonathan Guyer is a journalist and the managing editor at The American Prospect, an online and quarterly print magazine dedicated to American liberalism and progressive ideals. During the 2017-18 school year, he was a fellow at the Radcliffe Institute for Advanced Study at Harvard. His main focus is on the politics of Middle Eastern literature and art. He has done a lot of research on Arabic comics, especially in Egypt. During his fellowship at Harvard, he wrote a book the past decade's worth of comic art coming out of Northern Africa and the Middle East, which may or may not still be in development. He even has a Tumblr blog dedicated to Arab comics (https://oumcartoon.tumblr.com/). Besides his current work at The American Prospect, he has also been published in the New York Times, The New Yorker, Rolling Stone, Los Angeles Review of Books​, and many other publications.

The Mu'taz and Rada Sawwaf Arabic Comics Initiative
The Arab Comics Initiative at the American University of Beirut exists to "elevate and facilitate​ the interdisciplinary research of Arab comics, promote the production, scholarship and teaching of comics, and develop and maintain a repository of Arab comics literature." It is named after Mu'taz and Rada Sawwaf, who also fund the initiative. The program provides access to AUB's professors and scholars from many different disciplines, a library filled with archives and digital curating services, special courses, workshops, exhibitions, support for local festivals, and an annual symposium on comics. There are hopes to be able to turn this initiative into an Arab Comics Center so that it may become a hub for the study of comics in the Arabic world.

Mahmoud Kahil Award
The Arab Comics Initiative also holds an annual contest called the Mahmoud Kahil Award, named after the famed Lebanese cartoonist. In 2019, it was held for the fifth time. The call for submissions asks for comic artists, illustrators, and editorial cartoonists. The offered categories are editorial cartoons, graphic novels, cartoon strips, graphic illustrations, and children's books illustrations. Entrants have the chance to win cash prizes worth thousands of U.S. dollars, ranging from $5,000 to $10,000. To be eligible for entrance, one must be an Arab cartoonist who lives either abroad or in an Arab country. They are allowed to send a maximum of three submissions, and they are also allowed to send in works that have won other contests, and works that have been published in the last year or two prior to the contest. Selected works are published either digitally or in print to be included in AUB's collection as well as being published in the Mahmoud Kahil Award book and displayed in an award exhibition. 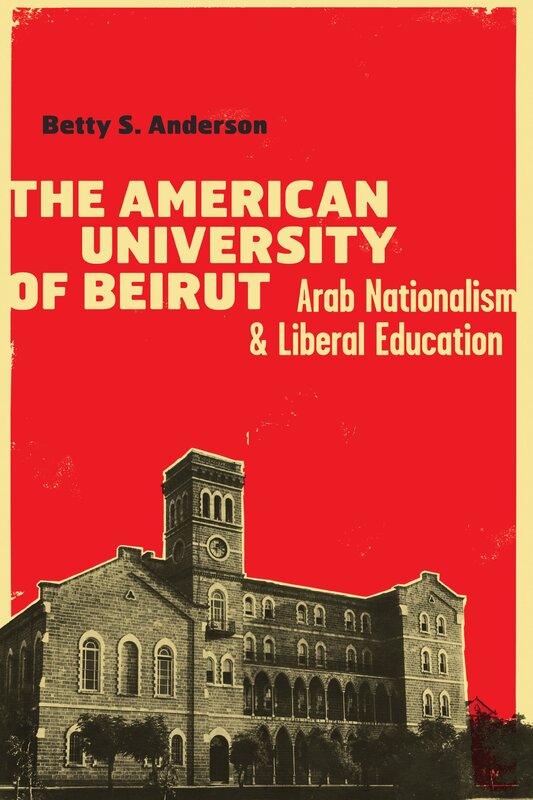