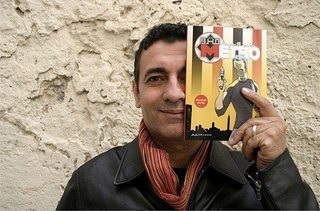 The Godfather of Egyptian Graphic Novelists

Who is Magdy El Shafee?

Most people know Shafee as the Godfather of Egyptian Graphic Novelists. Why? Let's start from his roots in Libya, North Africa; where he was born in 1961. When Shafee reached the age of 10, he began making copies of the pharoh's illustrations. This was the earliest form of his experience with comics. By the age of 20, Shafee became fascinated with the works of cartoonist Robert Crumb. Crumb was an American cartoonist born in 1943 who helped find ZapComix, an underground comic series of the 1960's. While being in Paris for a short while, Shafee was also amazed by a monthly French comics magazine, Charlie Mensuel.  Charlie Mensuel was the French counterpart of an Italian Magazine, Linus. These magazine names were based off the comic strip, Peanuts. Each magazine included French comics, as well as popular American comics that were translated into French. While being in Paris, Shafee also read Hara-Kiri magazine. Hara-Kiri was a Japanese ritual suicide that involved disembowelment for samurais to protect their  honor, which was usually done in front of spectators. Part of the Hara-Kiri magazine publications aimed to point out established powers, political parties, or institutions. After that time in Paris, Shafee decided "That's what I got to do."

Before becoming a famous cartoonist and writing Metro, Shafee worked in multiple careers.While still being a cartoonist, Shafee is also an artist, illustrator, and pharmacist. Shafee began his official career as a cartoonist in 2001, where he periodically worked at the Egypt Comic Workshop, at the American University in Cairo. His work is centered on themes of social realism. Because of this, many of his works take place in traditional places of Cairo and entail popular topics of Egypt; such as government, wealth, education, poverty, and healthcare. In 2005, Shafee joined Al-Dustour, an Egyptian Opposition Newspaper, and began publishing his comic strips. While creating his own underground comic strips, and publishing for Al-Dustour, he was recognized by UNESCO in 2006. The United Nations Educational Scientific and Cultural Organization is an organization that “encourages international peace and universal respect for human rights by promoting collaboration among nations. Following this recognition in 2008, Shafee made his severely controversial piece, Metro. Shortly after its release, 2008, his publisher was invaded by Shoorta el-Adaab, the police, and The Metro on grounds of being immoral and disturbing public morals. The publisher was then prohibited from printing any more copies of the book. Booksellers were also ordered by police to deny any existence of the book. After the ruler of the time, Mubarak, was overthrown, The Metro was slowly reopened to Egypt. 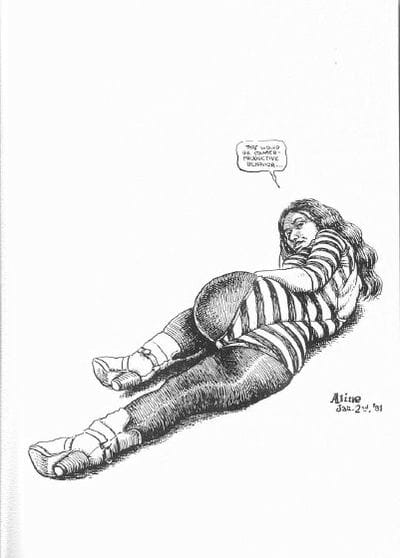 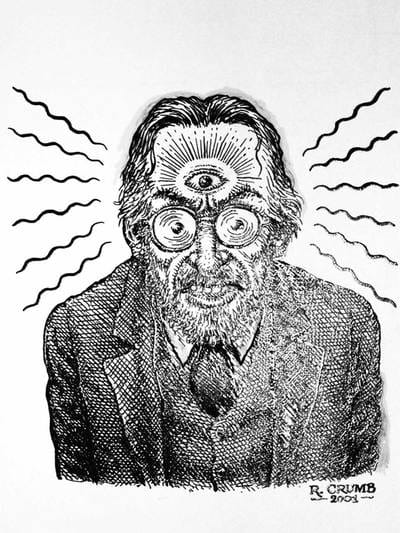 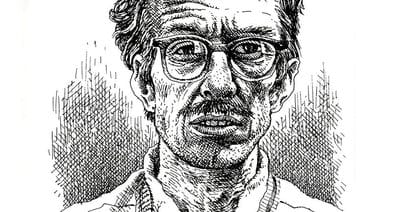 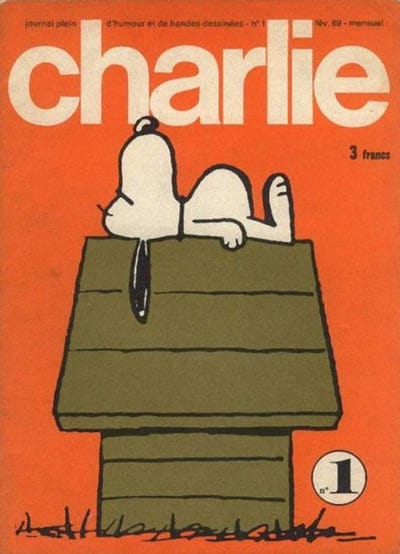 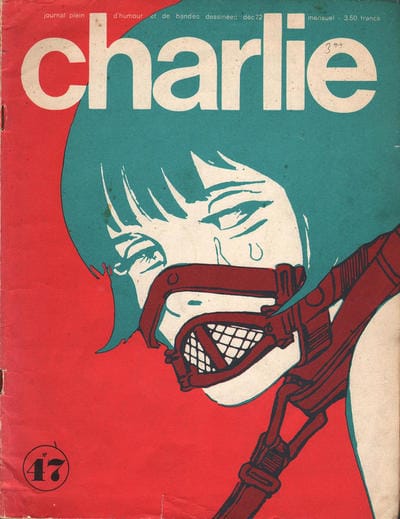 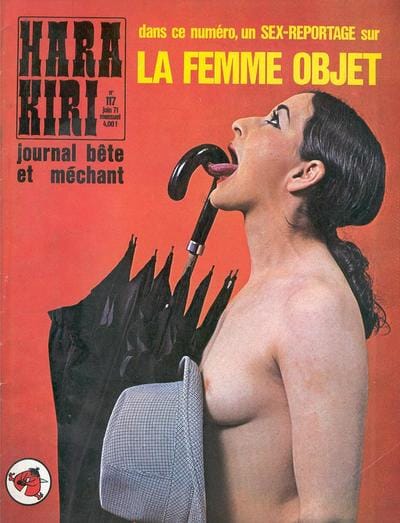 The three pictures on the top row are illustrations by Robert Crumb, one of Shafee's major inspirations for his work. On the bottom row, the first two pictures are cover photos from Charlie Mensuel Magazine. The last picture on the bottom row is from Hara-kiri magazine. 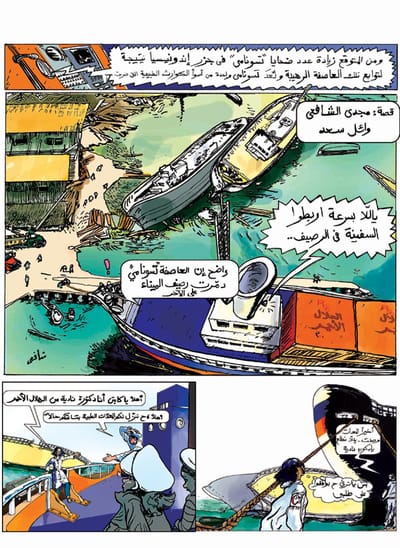 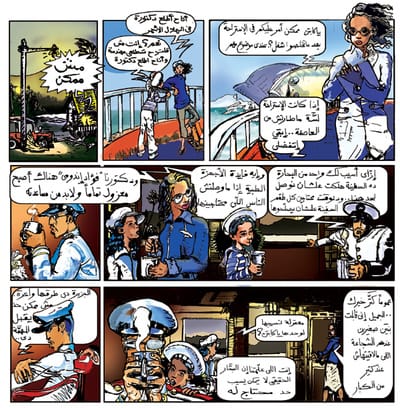 In this comic from Shafee, the story follows the occurrence and consequences of a tsunami.
A four page clip from Shafee's rebel comic "It's Mine."

"We need a huge effort to implant these values to carry on as a civilized democratic nation, otherwise the Muslim extremist might rule." -Magdy El Shafee

Shebab, a young software designer, finds himself running away from a loan shark after being unable to pay his debt. During this time is when the evils of Egypt seem to close up on Shebab. In Egypt, getting help from a bank is impossible without the right connections. Even family members, such as his uncle, shut his door when Shebab is in need of help. It's more than just family members though. People who try to help Shebab are placed in imminent danger. One day a businessman offers to help Shebab only to be stabbed the next day. When dying, the businessman uttered words of a conspiracy against the upper regime. Having no other option to pay off the debt, Shebab asks his friend Mustafa to help him in a bank heist.
"People are numb. Nothing has any effect on them. They put up with so much, they just say. “Well, that’s how things are in this country of ours.” -The Metro

Demands of the Demonstrators...

Charges and Reasons for Arrest