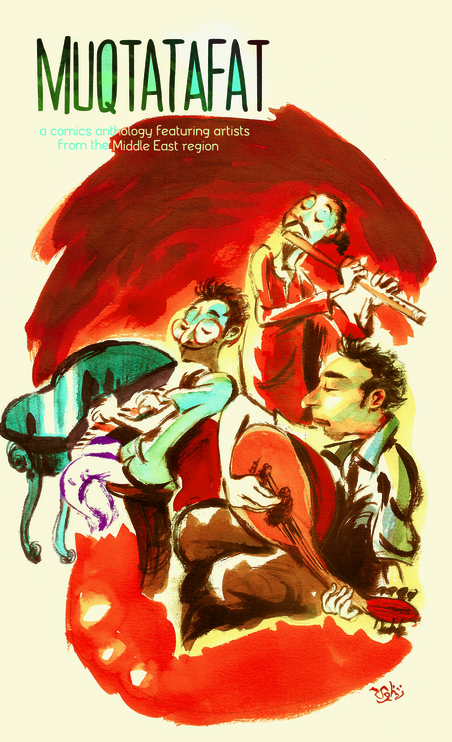 means "anthology" in Arabic
Muqtatafat was the first Middle Eastern comic anthology published in the U.S. with contributions from various independent artists. It was created in order to raise money for the magazine “Samandal,” a comics magazine that received enough negative attention for the editors to be charged with denigrating the Christian religion and had to pay heavy fine. It was an initiation from Harvard University Center for Middle Eastern Studies. While “muqtatafat” means anthology in Arabic, it also translates as a “collection of disparate pieces.”

"As for the recent boom of interest in Arab art, I think it is a very positive side effect of a horrible situation, since it comes as a result of constant political turmoil and endless wars... the situation itself provides artists with a plethora of very pressing, loaded, and interesting subject matter that a number of them are using to create really inspiring work, which in turn rewards the interest of the outside world." 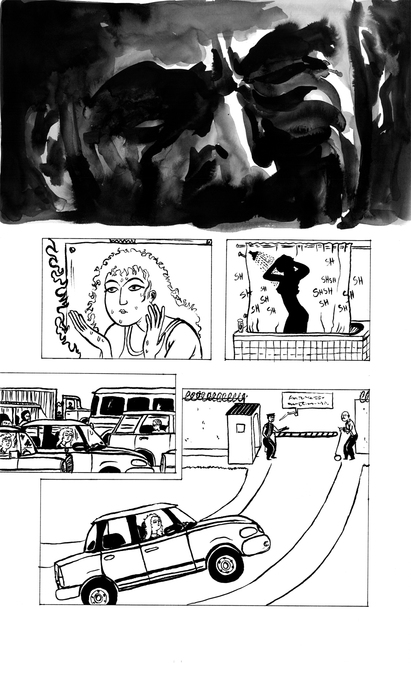 Khouri was one of the co-founders of Samandal who receieved fines as well as a contributor to "Muqtatafat." Khouri grew up in the Koura area of Lebanon and his entire childhood is filled with memories of war. He believes that art was the most effective tool for him in order to fight against the war and politics of his country. "For quite a long time, I was one of those artists who avoided politics in both their work and their everyday life. Growing up in Lebanon, politics in my mind was always equated with war. Engaging in any political act was only a way to reinforce one’s prejudices against their fellow countrymen and tribal fidelity to their narrow-minded warlord leaders. In many ways, the situation remains unchanged to this day. I believed that avoiding “politics” and anything to do with it was the only way to step out of that vicious circle of hatred afflicting not only my country, but the rest of the world as well." He has lived in different parts of the world, including the U.S., but always returned to Beirut. See the full interview ﻿here﻿﻿

"I feel on a personal level it has changed my life. Stuff that bothers me, I don't think that it bothers me that much any more, because I feel that I am doing something about it. I am not just seeing it in front of me. So I feel better. I feel that I have contributed. Maybe in the end nothing will happen, but at least I am trying. I am shouting something out and if it gets a reaction or if it doesn't, we'll see about it (Jurkiewicz 146)." 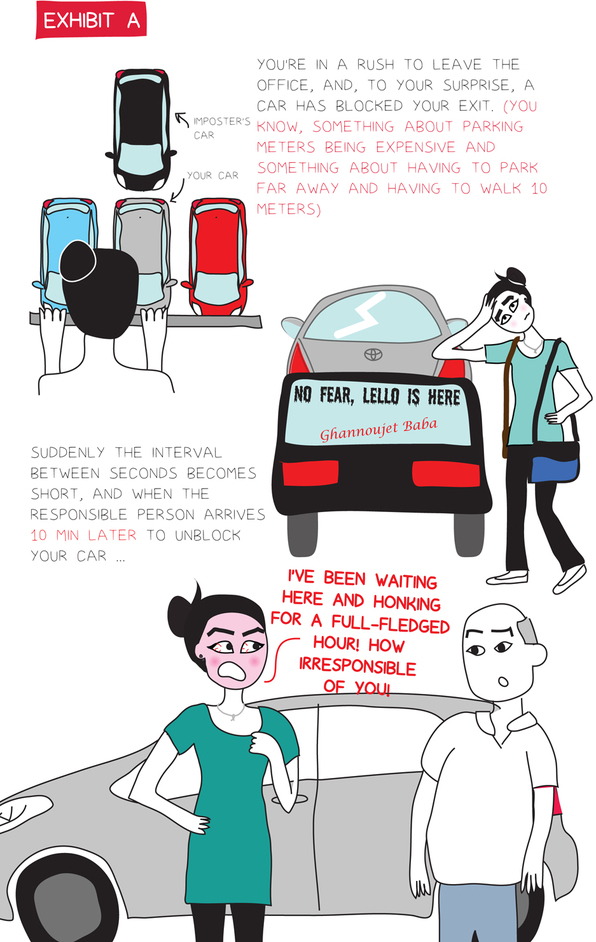 Zankoul is another contributor from Lebanon who believes in the power of art to fight the political system. See her full interview here
Lena Merhej
"There is new wave of comics coming from Arab country which have gained status in art and literature circles and more recently in the multiple events related to comics in the region as well as in International festivals. Artists in these comics often resort to cynicism, to poetry, to playful tension between image and text, and they review and revise the language of this medium in this particular context. Also, and in many many cases, the narratives of war, protests and revolutions, as well as domestic and civic conflicts, assert the existence of a resistance against violence and present dreams and imagined worlds. The enthusiasm and the readership is growing, however distribution in the Arab countries is not easy slowing the market instead of vitalising all the budding initiatives." 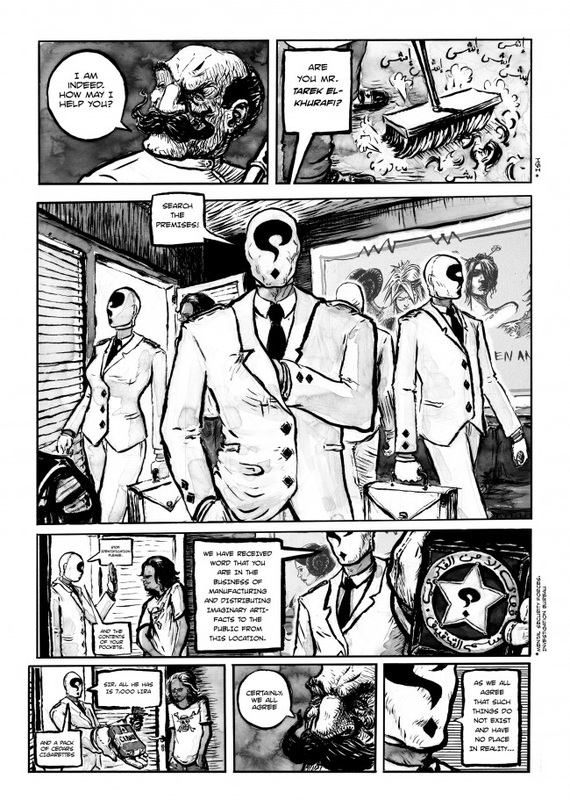 Merhej was a co-founder of Samandal and a contributor to “Muqtatafat” both in her art and an essay preceding the book. She started both of these books through a non-profit effort, and believes that art is her weapon against the system. She resides in Beirut and continues to draw. "The artist and scholar Lena Merhej introduces Muqtatafat with a brief and valuable essay surveying the field and its historical influences. But since, in the preface, co-editor A. David Lewis does not present or contextualize Muqtatafat’s 15 contributors, the reader is left to discern whether these comics are exemplary or average; if or how they represent the movement." See the full interview here

Timeline of the conflicts in Lebanon